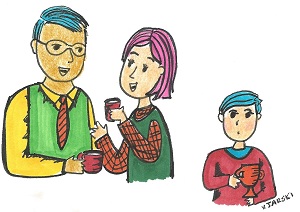 Editor’s note: To mark the one-year anniversary of The Invisible Scar, we are running a classic (and popular) post.

And the weapons used for emotional child abuse don’t rely on strength and bulk; the abuser relies on words and emotional warfare.

Though emotional abuse does include outright screaming (called terrorizing), people who watch such movies or TV programs may think, “Oh, I yell at my kid sometimes. Who doesn’t?” What they fail to realize is that—unlike normal bursts of temper—emotional abuse is long-term… and the shouting is part of a long series of shouts.

“Psychological abuse of a child is a pattern of intentional verbal or behavioral actions or lack of actions that convey to a child the message that he or she is worthless, flawed, unloved, unwanted, endangered, or only of value to meet someone else’s needs.” (Samantha Gluck, Healthy Place: America’s Mental Health Channel article)

How emotionally abusive parents tear at the child’s sense of self varies.

Here are some examples of the different types of emotional child abuse.

“No discussion of emotional abuse through words would be complete without including the absence of words as a form of abuse. This is commonly known as the “silent treatment.” Abusers punish their victims by refusing to speak to them or even acknowledge their presence. Through silence, the abusers loudly communicate their displeasure, anger, frustration, or disappointment.” (Dr. Gregory Jantz, “Portrait of an Emotional Abuser: The Silent Treatment Abuser” article)

The abusive parent will withhold attention and affection until the child caves in and apologizes for whatever the abuser perceived as a slight or insult. Through a series of silent treatments, the abused child will learn to be silent, to be docile, to never speak against the parent—because if the child does, he will not be loved or spoken to or even acknowledged as a human being.

In emotional child abuse, children are placed in pecking order. A parent continually compares his child to another (a sibling, a neighbor’s child, anyone who is a peer to the emotionally abused child) … and the abuser will always find his child to be lacking. The ranking can be for anything as sitting still during dinner to doing chores; anything is cause for comparison. The abused child will never rank high. Never.

Abusive parents treat their children as if the kids are beneath them.

This type of abuse destroys something that the child cherishes.

“Bunny Boiling is a reference to an iconic scene in the movie “Fatal Attraction” in which the main character Alex, who suffers from Borderline Personality Disorder, kills the family’s pet rabbit and boils it on the stove. Bunny Boiling has become a popular reference to how people sometimes exhibit their rage by behaving destructively towards symbolic, important or treasured possessions or representations of those whom they wish to hurt, control or intimidate.” (Out of the FOG website)

Whatever the child treasures, an abusive parent will take away or destroy.

Abusive parents will play mind games with their children. It involves saying or doing something then pretending it never happened or happened differently from how it really happened.

“Gaslighting is a form of mental abuse in which false information is presented with the intent of making a victim doubt his or her own memory, perception and sanity.” (Theodore L. Dorpat,”Gaslighting, the Double Whammy, Interrogation, and Other Methods of Covert Control in Psychotherapy and Analysis“)

Parents will say or do things then deny them or change the details consistently, so the child ends up doubting his or her memory. The parents will often also set up the child as being mentally deficient or “fragile,” so that other people who know the child will think that the child is either lying or incapable of recalling things correctly. Again, the abuse is a lifelong campaign, a consistent theme in the child’s life.

“Scapegoating is a serious family dysfunctional problem with one member of the family or a social group being blamed for small things, picked on and constantly put down. In scapegoating, one of the authority figures has made a decision that somebody in the family has to be the bad guy. The mother or father makes one child bad and then looks for things (sometimes real, but most often imagined) that are wrong.” (Lynn Namaka, “Scapegoating“)

Often, the emotional child abuser will encourage, through his or her actions and treatment of the scapegoat, the other children to also pick on the scapegoat, so that the scapegoat has no allies in the family.

An emotional child abuser will sabotage a child’s calm and peace. For example, if a child looks forward to a television program, at the last minute, the emotional child abuser may deliberately set forth a ridiculously long chore list to be done before the child can watch the show. (Think of the evil stepmother in “Cinderella,” who set up Cinderella to fail by giving her too long a list of items to do before the ball.) Or the father will deliberately schedule a family meeting at the same time that a child had planned ahead of time to attend a friend’s birthday party. Like all forms of emotional child abuse, sabotaging ruins a child’s sense of security.

The opposite side of scapegoating is favoritism.

“Favoritism is the practice of systematically giving positive, preferential treatment to one child, subordinate or associate among a family or group of peers…. Favoritism becomes dysfunctional when actions and opportunities, resources and liberties are systematically denied or applied inequitably for no logical reason and without just cause.” (Out of the FOG)

An example of favoritism is when an emotional child abuser will let one child get a car ride to school with friends, but the other child must walk or ride a bicycle to school even though that child also was offered a ride by friends. Or one child has a completely different set of rules to adhere to while the other child has less or more relaxed rules.

An emotionally abuse parent will maintain a sense of power of his children by creating conflict between them. The children will be manipulated into conflicts with one another.

For example, a father will talk to Child A about Child B and say how he is upset with Child B because Child B said some terrible things about Child A. Child A will then be angry with Child B for both hurting her feelings and also for making the father sad. Child A and Child B will rarely discuss the incident because the parent has set up the children to distrust one another. Another example: a mother will vent her feelings about Child D to Child E, describing that child as taxing and irritating and whiny… then Child D will start viewing Child E in that light. Child D trusts the parent and will take her side. Meanwhile, the parent will talk to Child E about Child D.

“Compulsive Lying is a term used to describe lying frequently out of habit, without much regard for the consequences to others and without having an obvious motive to lie. A compulsive liar is someone who habitually lies.”

An emotional child abuser will often lie to his child. The lying will often go hand in hand with gaslighting, so that the parent will deny the lie. For example, a parent will tell a child, “If you get straight A’s this quarter, I will buy you an iPod Touch.” When the child gets straight A’s, the parent will deny the statement. “I never promised you an iPod Touch!” The combination of the lie and then the outright denial, if it’s habitual and consistent, will cause the child to begin to question his memory and, in some cases, sanity. The child becomes increasingly self-doubting.

Smear campaigners carefully and strategically use lies, exaggerations, suspicions and false accusations to try destroying your credibility. They hide behind a cloak of upstanding heroism and feigned innocence in an attempt to make as many people as possible think their efforts are based not on their vindictiveness, but on upstanding concern.

Because emotional child abusers wage lifelong campaigns against a child, a smear campaign often begins in a child’s early years and throughout the child’s adolescence and even into adulthood.

Parents ignore the significant events in the child’s life. They ignore the child in general and refuse to discuss any interests or activities that the child may have. They seem bothered by the existence of the child. The abusive parent will cut short conversations, interrupt the child, mock the child for his/her interests, and treat the child as if she is a nuisance.

This behavior is what people first think about when they think of emotional child abuse. Parents threaten the child verbally; they yell, scream, or curse. The parents swing from rage to warmth to rage, ridicule the child, and/or force the child to watch inhumane acts. The abusive parent keeps the child on edge, jumpy, nervous about meltdown. Emotionally abused children often end up extremely attuned to the parents’ tone of voice, slightest movements, nonverbal cues, in order to try to avoid a blow-up.

Parents leave the child unattended for very long periods of time. They keep the child away from family, friends, and peers, etc. They punish the child for engaging in normal activities 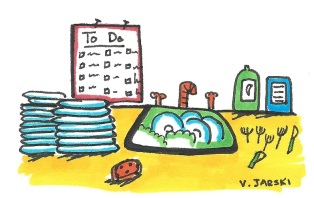 and make the child become a misfit. They force the child to do excessive chores or excessive studying to keep them isolated. The child will not have the same opportunities as his or her peers to engage in social interactions but be forced to constantly sacrifice his childhood for the sake of the parents’ demands.

Though difficult to detect and substantiate from the outside, the child is abused… and the emotional abuse leaves deep-rooted, invisible scars in the child’s psyche that can “impede their intellectual, social, and emotional development.”

If you are an emotionally abused child or are an adult survivor of emotional child abuse, please know hope for healing exists and seek out a mental healthcare professional for guidance.