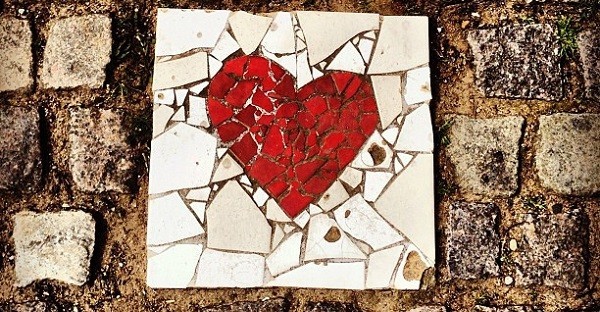 When child-advocate lawyer Andrew Vachss was asked, “What is the worst case you ever handled?” when protecting abused children, he answered, “Of all the many forms of child abuse, emotional abuse may be the cruelest and longest-lasting of all.”

It’s because emotional child abuse seeks to destroy the person’s very being.

“Emotional abuse is the systematic diminishment of another,” Vachss writes in You Carry the Cure in Your Own Heart. “It may be intentional or subconscious (or both), but it is always a course of conduct, not a single event. It is designed to reduce a child’s self-concept to the point where the victim considers himself unworthy—unworthy of respect, unworthy of friendship, unworthy of the natural birthright of all children: love and protection.”

“Emotional abuse is the persistent emotional ill-treatment of a child such as to cause severe and persistent adverse effects on the child’s emotional development. It may involve conveying to children that they are worthless or unloved, inadequate, or valued only insofar as they meet the needs of another person. It may feature age or developmentally inappropriate expectations being imposed on children. It may involve causing children frequently to feel frightened or in danger, or the exploitation or corruption of children. Some level of emotional abuse is involved in all types of ill treatment of a child, though it may occur alone.” (Department of Health et al, 1999, p. 5-6)

Emotional Abuse Is Not a One-Time Event

Emotional abuse is systematic. It’s a consistent destructive force in a child’s life.

For example, an emotionally abusive parent will tell a child, “Why did you forget to make your bed? Are you stupid? Stupid and forgetful…” and then, at some point in time (close enough to be linked to the first event), “You forgot again? Can’t you ever do something right? You are always disappointing me.” Again, at another point, the abusive parent will say similar words, so that the child ties it together: “You can’t do anything right. You are always disappointing me.”

In time, the emotionally abused child adopts the phrase into his or her memory as something that defines them: “I don’t do anything right. I am always disappointing my parents.” He takes the words as a description of who he is… and the phrases will come back to him often.

All the destructive words, whether encased in subtle phrasing or baldly hurtful, will become part of the child’s “self talk.”

The abusive words will become truths to the child.

“Psychological abuse of a child is a pattern of intentional verbal or behavioral actions or lack of actions that convey to a child the message that he or she is worthless, flawed, unloved, unwanted, endangered, or only of value to meet someone else’s needs.” (Samantha Gluck, Healthy Place: America’s Mental Health Channel article)

The pattern can take different forms. Here’s a look at types of emotional child abuse:

You can read more about the Types of Emotional Child abuse here.

“Although the scars may not be visible to the naked eye, emotional abuse wounds the spirit, frequently leaving its marks for a lifetime,” according to the National Council of Child Abuse & Family Violence.

“This form of abuse is destructive to a child’s self-confidence and self-esteem. It can affect a child’s emotional development, resulting in a sense of worthlessness and inadequacy.”

Moreover, the “children who suffer emotional abuse grow into adults who see themselves through the eyes of their abuser,” according to the council. “They carry a sense of inadequacy and worthlessness with them into their jobs and relationships. Frequently, those who have experienced emotional abuse in childhood find it difficult to develop healthy, intimate relationships as adults. They may even develop antisocial behaviors, which isolate them further.”

Health
“If you were emotionally abused in childhood, you will be sicker as an adult than if you had not been emotionally abused,” states Dr. Laurie McKinnon, the director of Insite Therapy and Consulting based in New South Wales, in her report Hurting Without Hitting: Non-Physical Contact Forms of Abuse [PDF]. “It is also likely that you will be sicker than if you had been physically abused.”

Mental Health
“One of the most frequently documented outcomes of childhood emotional abuse, particularly for women, is a vulnerability to clinical depression and anxiety in adulthood,” says McKinnon. “Internalised criticism, along with a fear of criticism and rejection from others, appears to be at the core of the depressed or anxious symptoms they experience in adulthood.”

“Child protective service case workers may have a harder time recognizing and substantiating emotional neglect and abuse because there are no physical wounds,” said Joseph Spinazzola, PhD, of the Trauma Center at Justice Resource Center, and lead author of a new study on psychological trauma. “Also, psychological abuse isn’t considered a serious social taboo like physical and sexual child abuse. We need public awareness initiatives to help people understand just how harmful psychological maltreatment is for children and adolescents.”

Emotional child abuse is difficult to identify because the abuse works on the psyche of a child rather than the body. You cannot see the bruise or cut or wound that an insult or manipulation or the silent treatment has left upon the child. But the wound exists nevertheless.

“The abuser may deny hostile intent while ignoring and discounting the target person’s needs, feelings, and opinions,” McKinnon says. “The abuser negatively labels the target person in ways that convey that he or she is worthless, bad, more difficult, less attractive, or less desirable than other people. Onlookers may not identify the behaviour as abusive and instead blame the target person for his or her inadequacies.”

Learn how to become a trusted adult in the child’s life.

Also, contact Prevent Child Abuse and/or the American Humane Society for professional advice on what you can do.

First, know that you are not alone… and that you can heal. You will bear scars, of course, but you can (in time and through prayer and therapy) still forge a good, emotionally healthy life for yourself.

Reading all the effects of emotional child abuse on an adult survivor can be very overwhelming, difficult, and depressing, but please don’t despair. Think of it this way: By facing the truth of what has happened to you and what the effects are, you can find the help you need and learn skills to grow into a healthier, happier person.

You are not alone. You need not despair. There is hope and healing.

Second, find yourself a good therapist; a fresh notebook for jotting down your feelings, thoughts, and ideas; and a good friend who will listen to you and believe your story.

I recommend reading  this article for more advice.

This April, we’ll be digging into the various types of emotional child abuse in detail. I’ve already covered gaslighting and the silent treatment in their separate posts. 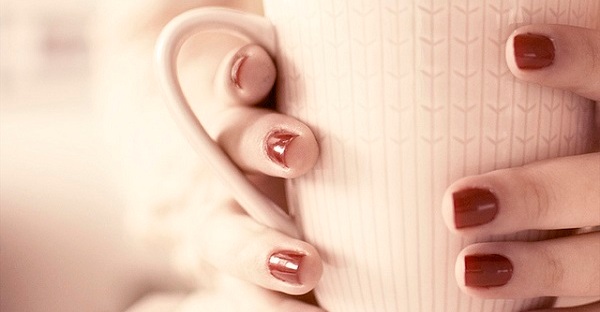 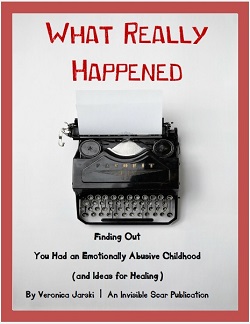